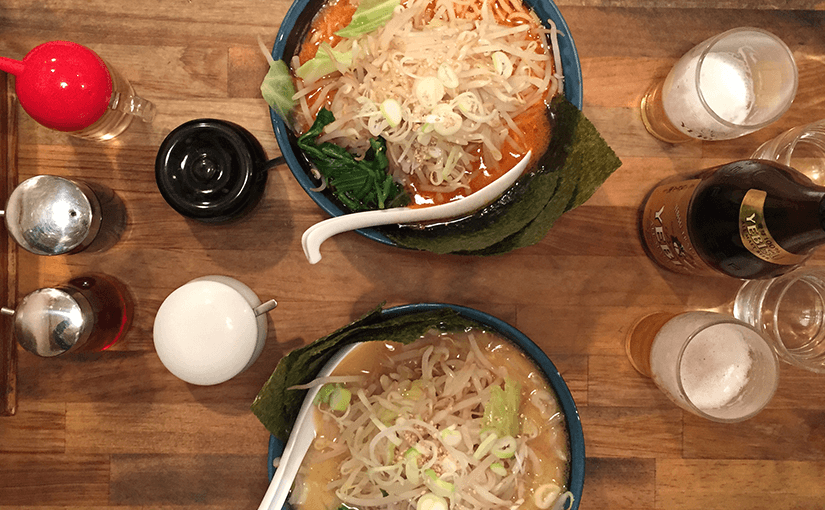 From the moment we boarded our flight to Japan we immediately felt like we were transported out of China. The plane was so nice and new and everyone was so quiet. Each individual seat had a TV on the back of the head rest (which was amazing considering the Chinese airlines often don’t have any TV’s and when they do only 4.7% of them work)—I watched the Curious Case of Benjamin Button and Daniel worked on editing Larry’s promotional video for his website Kosher Beijing Tours. We had the cutest flight attendant—she served us Japanese beer and rice snacks, and gave us even more when she found out we couldn’t eat the main course because we were vegetarian. We had such a nice flight we didn’t want to get off the plane due to the nice environment.

We arrived at Narita International Airport at 8:30 PM, but everything was closed for the night—all the shops, all the restaurants, and even Starbucks (not that I’m a fan, but when is Starbucks ever closed?). We through the airport for the greater part of an hour until we finally found a SIM card that wouldn’t cost us $15/day or $13/day for portable wifi.

After we got data (and could sort of use Google Maps) we entered the subway station. Interestingly, unlike China, when we asked people if we were boarding the right train they all put their heads down and ignored us (there wasn’t even an attempt to help)—not what we expected. Anyway, we found the correct subway lines and navigated our way to the Minato-ku neighborhood (near the Tokyo Tower) to get to our hotel Mielparque Tokyo. There was a general welcome sign in the lobby that read, “We hope you both beautiful happy time.” We checked in and went up to the room—much smaller than anywhere else we’d been but that’s what we’ve heard about Tokyo living spaces.

We ran to grab dinner down the block at any open restaurant we could find with veggie options. We found a ramen place and ordered our ramen two ways (one with spicy broth and one with miso broth) through a vending machine, then the chef took the ticket and made us some of the most delicious soup I’ve ever had. We ordered hot sake and beer to go with the meal—everything was super delightful. Totally full and ready to pass out we walked back to our hotel in the freezing Tokyo weather and go into bed. I’m pretty sure the pillows were stuffed with some type of heavy grain-like substance. Strange but we slept well.

Tuesday we woke up, wheeled our bags to the subway station (no escalators or elevators at some stops aka Daniel had to carry our luggage up lots and lots of stairs), and got on the train to the JR station. Then we took the JR bullet train to Kyoto Station. The bullet train was amazing; quick, clean, and quiet. Daniel slept and I worked on the blog.