The drive from Chania to Elounda was beautiful. Part of the drive was through the woods, which reminded me a lot of Lake Arrowhead, and part of the drive (at the edge of the island) was bright blue and green ocean everywhere! We stopped at Piato for lunch in Agiou Nikolaou and ordered a delicious mezze platter before driving 20 minutes to our hotel in Elounda /Placka. 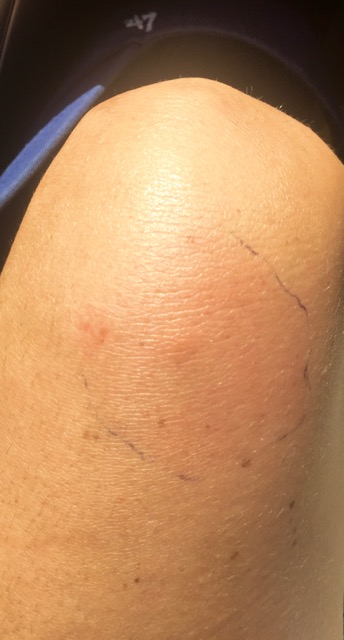 We arrived at the Blue Palace Resort, on the hillside overlooking Spinalonga—the former leper colony—and checked into our room before taking the gondola down to the beach. The beach had no sand, but rather massive rocks all over the ground. The hotel had a a floating dock for easy water entrance. We jumped in the water about thirty minutes after we got there— it seemed to be warmer than it was up in Chania.

We got an umbrella and chairs next to a couple around our age from somewhere in London. She was topless and at a volume level of 11. Her significant other kept telling her she was shouting, but I’m pretty sure his volume level was at a 14. It made for some fabulous entertainment. After a few hours we went up to our room to shower and change and walked over to Placka (10 minutes up the road).

We walked  through the village of Plaka, which took about 37 seconds before sitting down at a restaurant called Captain Nicolas, on the water. After ordering wine we sat down and enjoyed the sunset and the moon rise before heading back to the hotel to have dinner at the Greek restaurant, Blue Door. The food was kind of a modern take on Greek food. I thought it was great, Daniel didn’t seem to love it. We ordered tzatziki with avocado, pita and dolmadas. After dinner we passed out.

I was awoken by Daniel’s not so silent attempt to watch the sunrise on our balcony, so I decided I might as well join him. It was obviously beautiful.

We went upstairs for the most elaborate breakfast spread I’ve ever seen and then when we were completely stuffed we rolled down to the beach. After we found chairs, our ‘quiet’ friends from the UK found us and decided to sit directly behind us. Score! Entertainment two days in a row! We spent he morning in and out of the water with our floats that we purchased in Elafonisi. Everyone else in the water seemed quite jealous of our water toys.

We walked back to Plaka for lunch and ate at the cutest restaurant called Thalassa. Obviously, we ordered the mezze platter and it was delicious. Eventually, we realized we’d rather be lying down in the sun than sitting on the outdoor patio, so we headed back to the hotel. 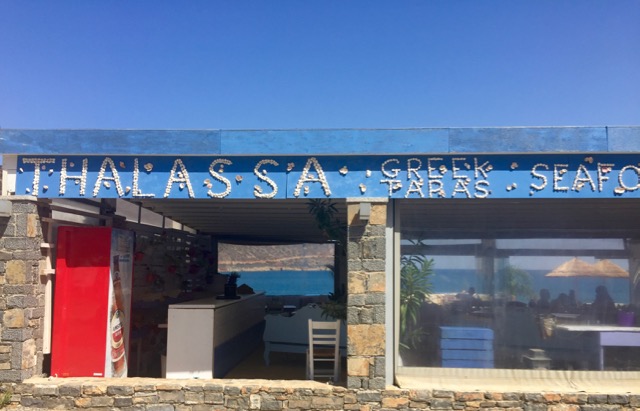 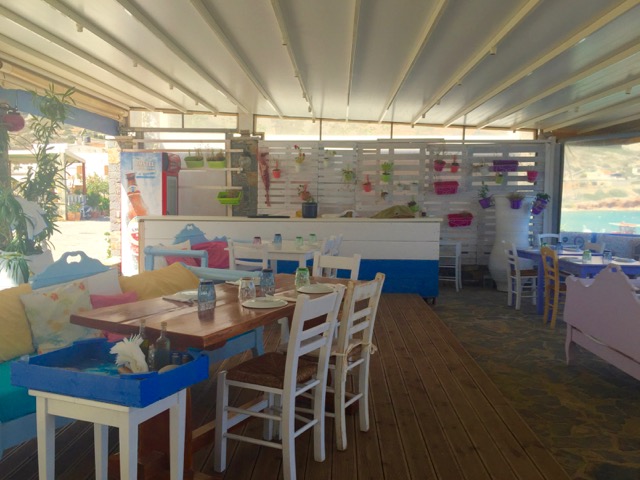 Daniel arranged for us to take a boat around the small island in front of us (driven by yours truly). We stopped in a few beach coves to swim and came back to the hotel about two hours later. It was mucho fun! Possibly my favorite beach activity.

That night, we walked to the furthest end of Plaka (49 seconds from the start of the town) for dinner. We ate at a restaurant called Ostria on the water. The food was good. The service was hilarious. The bill came in Greek (obviously) so we had no idea why the bill looked like more than normal. Daniel asked the waitor a question about one line item and the guy told us it was for bread… when he remembered we didn’t order bread, he changed his mind and told us it was for tax. It was quite funny. After dinner we walked back to the hotel, packed and passed out. 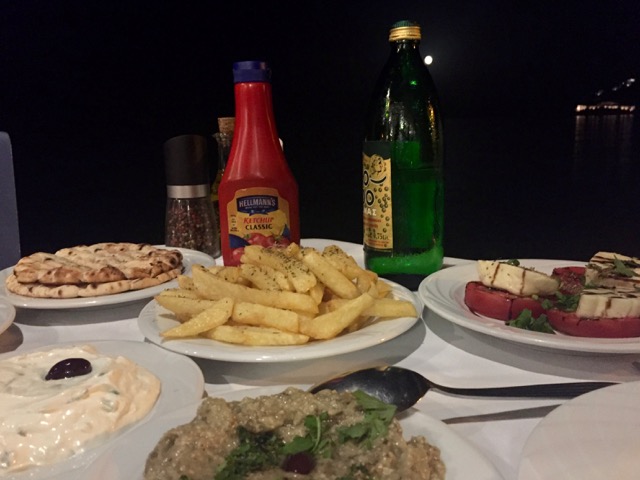 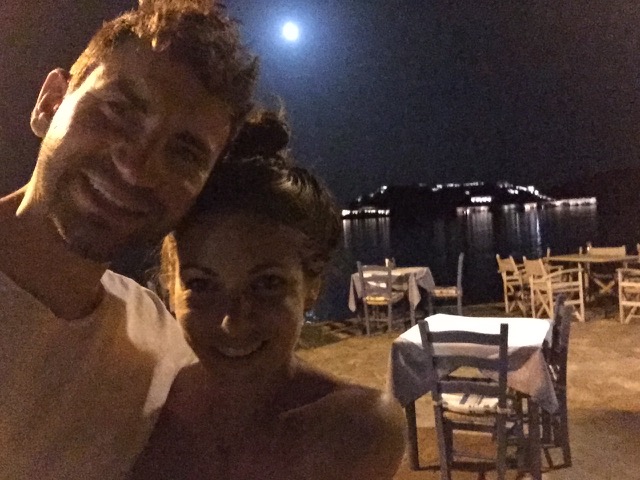