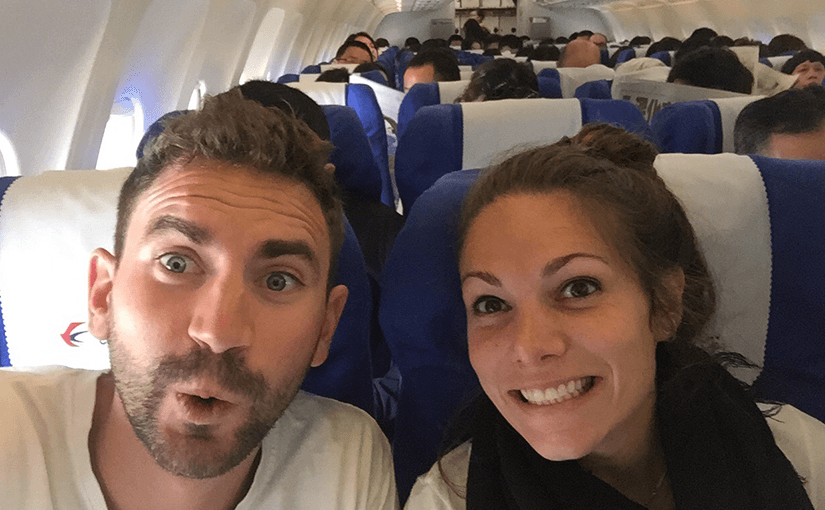 Monday we slept in and ran down to breakfast just in the nick of time. Then we packed up, checked out, and took a taxi to the MTN station (to go to the airport). When we got to the station we noticed that you could check your bags in straight to the airport (at the corresponding airline counter). According to our tickets we had a flight leaving at 2:35 PM on Hong Kong Airlines, however, when we got to the counter they told us that we were not on the flight and to speak with Shanghai Airlines. Annoyed, we ran over to Shanghai Airlines, where they told us our ticket said Hong Kong Airlines. We went through a whole rigmarole with them only to get sent back to Hong Kong Airlines, while on the phone with United Airlines. After an hour of back and forth, we left on the MTN to the airport, with our bags, unsure of which airline we would be flying and what flight we might be on.

At the Hong Kong International Airport we went to the Hong Kong Airlines counter where we were told that we were not confirmed on the 2:35 PM flight. It seems that our airline tickets were booked but never issued. We were then directed to the United Airlines counter, where they got on the phone with the people from the desk at the Hong Kong Airlines. United Airlines told us we needed to go back to Hong Kong Airlines because they might have room for us on the flight. We explained to them that we were just there, and that there was no room for us, but after more back and forth we went back to Hong Kong Airlines, only to hear that we were now confirmed to definitely not be on their flight. So, we went back to the United Airlines counter where they then offered to help us. One of the women managed to find us a 3:10 PM flight on China Eastern Airlines to the Shanghai Pudong International Airport (closer to where we are staying than the airport we were meant to fly into). Delighted to finally be on a flight, we went through security, grabbed sandwiches and boarded a bus from the terminal to go to the plane. China Eastern Airlines was definitely not as nice as any of the Thai airlines we had flown but it got us to Shanghai, so we were happy.